Why Almeria? Just becoz its ma friend’s hometown.! I have to admit that I never heard about this place until we met. Before this trip, I went to bookstores in Taiwan for some guides of Spain. However, I can’t even find “Almeria” on the map! lol. Anyway,  after few days in Barcelona, I flew to Almeria directly and started this trip with many unknowns.

I stayed at my friend’s place during days visited. His dad can’t speak English at all,so I was forced to attend a 7-day “Spanish class”. Such a pity that I already forgot everything he taught.Or it would be really helpful for my trip in Peru. lol

Almeria is located in the southeast of Spain, which is besides Mediterranean sea. And due to its strategic situation on Mediterranean, Almeria was ruled by different cultures before. Among these, the Arab has the most significant influence on Almeria in Muslim Spain.

In the Almeria city, the capital of the Province, there is a castle called Alcazaba of Almería whcih was built during that time. The castle can be seen from any part of this city. This castle is enclosed with three huge large walls for military fortifications in ancient.We went there for a walk after sun went down. From there, I saw the best night view of whole city.

That summer was hot like hell in Spain due to the heat from Africa. But still.. we still wanted to go to the beachside! There is a national park called Cabo de Gata-Níjar Natural Park, which is nested in the wild south-eastern corner of Spain. This park is one of the few desert area in Europe. Except the desert area, the park is also characterized by half-moon bay, coves, cliffs, coral reefs and volcanic rock. This unique landscape formatted many different kinda beaches nearby, and the most popular one- the Playa del Mónsul even got the a reputation of the best beach in Spain.

My favourite Spanish food is ortilla española, the Spanish omelette ! This dish is really easy to prepare. The basic version is made with eggs and potatoes only. Some people add onion, garlic, sausage…for more favour. Another thing I miss is the most is Spanish ham.Actually, the taste was pretty new and weird to me at first. After few tries, I already fell in love with its unique taste with aroma and the creamy texture melting in my months. 🙂 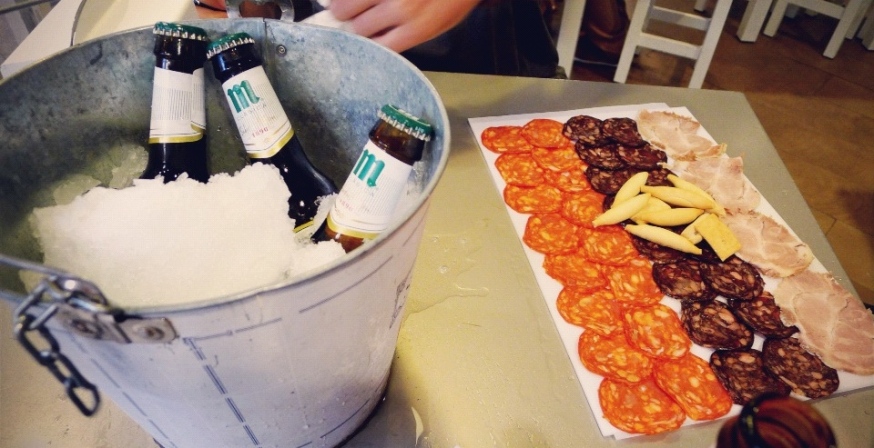 Our friend’s family has a summer house at Cabo de Gata-Níjar Natural Park. We drove through the dry dessert and spent a weekend there. Houses were painted in white and blue, which is very typical to this region. 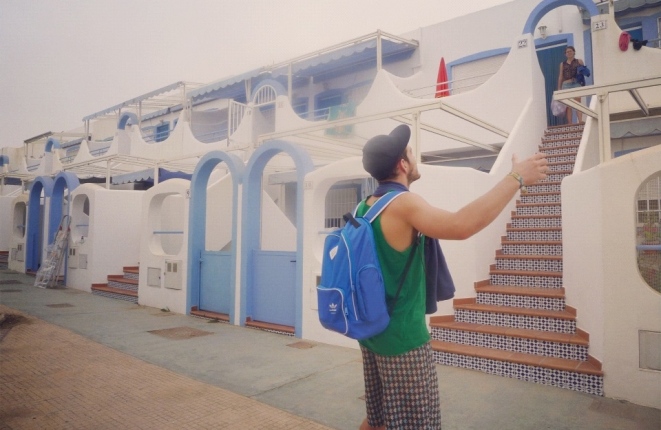 One day we went to the beach in the midnight. It was really dark , only with moonlight and a stall-like club on the beach. The water was too cold to swim. We buried each other in the sand and took a walk in the moonlight. So relax.

As long as we drank in the beauty of this amazing time, someone came secretly and stole our towel!! My friend was still complaining about this when we had reunion in the wedding 2yrs after. lol

View all posts by RachelC